The effects of Traumatic Brain Injury 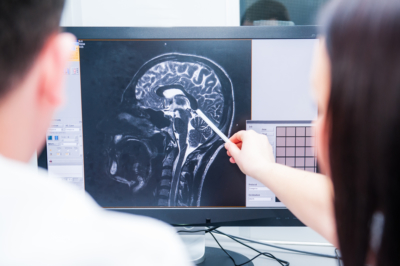 Traumatic Brain Injury (TBI) is a major health issue which commonly affects Armed Forces personnel; if left untreated, it can have debilitating long-term effects. Our military team look into the signs and symptoms of the condition following a head injury.

Increased risk of Traumatic Brain Injury within the military is due to several factors, including blast exposures, suicide bombs and land mines. TBI may be a result of a blow to the head from shrapnel or debris, along with penetrating wounds. Research suggests that the pressure alone which occurs from a blast significantly disrupts and damages the function of the brain.

Non-combat activities such as rock climbing, parachuting and motorcycling all increase the threat of brain injury. Specialist charity, Headway, explain the different types of brain injury - closed, open and crush – along with what happens at the time of injury. Understanding the relationship between the initial injury and its effects has meant improvements have been made to emergency reaction and treatment at the time of the accident.

Traumatic Brain Injury is difficult to diagnose as some of the symptoms correlate mental health conditions such as PTSD, even though they are actually due to TBI. Following a head injury, the person affected and those around them should look out for:

TBI affects people differently, with symptoms often changing throughout the process. Symptoms of the condition can include physical, cognitive and behavioural effects which may be recognisable immediately or completely invisible at first.

If left untreated, TBI can be deteriorating and the effects impact both the injured person and the people around them. By ignoring or misdiagnosing the signs, the condition may become significantly worse with symptoms developing to:

If any symptoms follow a head injury, whether that’s a few days or a few weeks, it is essential to get help. A mild brain injury is still a serious injury requiring quick attention and accurate diagnosis.

If there is a damaging blood clot or internal bleeding, neurosurgery will be necessary. Research and evidence of severe, untreated TBI indicates to life-long effects such as neurodegeneration and increased risks of developing Alzheimers, Parkinsons and Motor Neuron Disease.

The recovery timeline differs from person to person, but mild TBI signs can disappear within weeks. Moderate to severe TBI symptoms last for much longer and may be permanent, persistent and progressive.

However there is effective support and treatment for managing symptoms and finding the path to recovery. Rehabilitation aims to minimise the long-term effects of TBI and allow the survivor to live a fulfilling life. Rehabilitation depends on the individual but can include:

TBI may lead to medical discharge from the Armed Forces since sometimes even mild TBI affects the ability to make decisions, drive vehicles, handle weapons, and control aggression; factors which put those involved and others at risk.

Medical staff might be unable to provide definite answers in the early stages of recovery and stabilising the condition will be their main priority. During rehabilitation or at a later stage, the long-term difficulties will become apparent.

If you have been affected by a military injury, or want to learn more about claims surrounding medical discharge, get in touch with our team to see how we can help. Email MilitaryEnquiries@wilkinchapman.co.uk outside of office hours, or call our freephone number 0800 046 2567 on weekdays between 9am and 5pm.