What does the future hold for RAF Scampton? 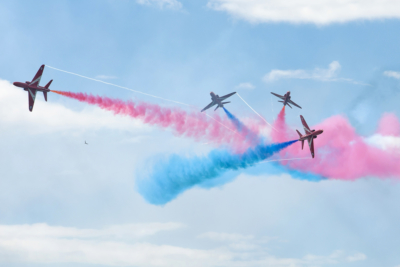 Last week, MP Karen Lee led a Westminster debate on the closing down of RAF Scampton which was announced in July. It is a plan our head military solicitor, James Marsden, brands as a "travesty".

The implications of the closure include loss of tourism, jobs and relocation of military personnel, but MP Karen Lee says it “not only deprives the economy but wipes history” too. A home to the Dambusters Squadron in WW2 and the Red Arrows since 1983, RAF Scampton has a rich heritage along with local and national significance.

Whilst there have been ongoing discussions on the closure, the primary issues raised in Westminster last week are denied information and lack of clarity, with calls on the government to 'come clean' about its plans for the base. James considers how “nobody is any the wiser as to what the plans are and what the rationale for closing it is, other than it being a cost-saving exercise.”

But RAF Scampton’s value was significantly overestimated at £3.5 billion, therefore the finality of the decision is somewhat unknown. This is a probable reason for the government’s reluctance to provide information on closing the base, along with their recognition of its important military heritage.

An idea proposed by James last month is a veteran’s village similar to that of Hull4Heroes' current project – a self-sustaining site for housing and rehabilitation of ex-service personnel. A veteran’s village would be a fitting tribute to RAF Scampton’s heritage, fairly reflecting towards a long-lasting legacy.

It has been indicated that the base will not be sold off for housing, which James comments would be “very significant, particularly for those already stationed there and the impact it will have on them. If it’s not going to be opened up to housing, we should look at having a village there.”

Hull4Heroes’ plan has major publicity surrounding it, and with several appalled by the closure of RAF Scampton, a veteran’s village could have substantial movement. However many would need to be on board for millions of pounds worth of fundraising.

If a veteran’s village is not an option though, it seems moral to ensure the Red Arrows remain stationed in Lincolnshire. “There are so many bases to choose from, obviously one which has the facilities to take the Red Arrows on board. To lose this outside of Lincolnshire would be a travesty” says James.

MP Karen Lee mentioned her petition which thousands of people have signed, queueing up in the street to do so. Perhaps with enough signatures, a more favourable decision will be made. The Ministry of Defence's full plans as it stands are to sell 91 sites it owns or manages.

Wilkin Chapman’s specialist military lawyers, at the region’s largest law firm, are here to support you. If you have been affected and need advice, get in touch with our team at MilitaryEnquiries@wilkinchapman.co.uk or 0800 046 2576 (available during office hours).