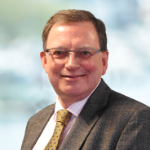 Ian is Director and Insolvency Practitioner within our Business Solutions department in Doncaster.

Ian has been involved in Insolvency work since 1985, initially working for the Official Receivers Office in Birmingham before moving to Baker Tilly. He then spent time at Pricewaterhouse Coopers before joining Poppleton and Appleby in Stoke On Trent as a Manager. He became a Licensed Insolvency Practitioner in July 2001, a short time after he was made Partner at Poppleton and Appleby. He then moved to Begbies Trayner in 2005 where he was made Partner when they took over P & A Stoke. In 2007, Ian left Begbies to form Silke and Co which was aquired by Wilkin Chapman LLP in October 2018.

Ian specialises in all areas of Insolvency and is licensed to act by the Insolvency Practitioners Association. Ian is a fellow of R3 The Association of Business Professionals.

What our customers say about Business Solutions

Looking for someone else?

How We Use This Information

We will only use this information to ensure your enquiry is dealt with effectively. You can view our privacy policy here.

Under very difficult circumstances, this company gave me a clear and understandable solution. Very professional and friendly service.

Very helpful and made everything easier

They are very helpful and understanding. I can pass my bad situation. Thank you very much.

Very helpful staff and set the process in motion quickly. Made all necessary arrangements promptly.