What is the truth behind the celebrity ‘quickie divorce’? 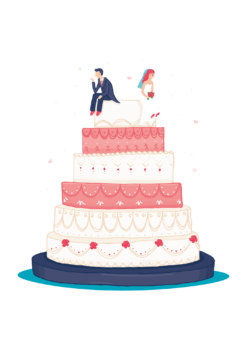 When celebrity marriages go wrong, there is a seemingly insatiable appetite to have the divorces of the rich and famous played out in the public arena.

Journalists, with a hunger to eke out almost every bit of detail they can, will use divorce ‘buzz words’ to hit the headlines, as the latest celebratory marriage hits the rocks. Such reporting, while having the desired effect of catching the public’s eye, may lead people to believe some misconceptions.

Let’s take the former marriage between Louise and Jamie Redknapp, which ended in a blaze of publicity last year. One headline screamed out: “Louise Redknapp sings her heart out at Strictly wedding just hours before her 19-year marriage to Jamie ends in 25 seconds flat over his 'unreasonable behaviour’”.

The reality however is very different from those headlines. In fact, there is no such thing as a ‘quickie divorce’ - the 25 seconds stated in this case, was simply referring to the length of time taken by the Court to grant the couple a Decree Nisi.

Divorce is not a quick process, it can take 4-6 months and your particular circumstances will affect the timeframe. In fact, the reality is that all divorce proceedings must be issued at court with the Petitioner saying that their marriage has irretrievably broken down due to…

Following the granting of a Decree Nisi, it is then normal for the Petitioner, (the person seeking the divorce), to have to wait at least another six weeks, before applying for a Decree Absolute – which does then officially end a marriage.

Parting couples may also have their heads turned by a growing number of companies, purporting to offer ‘Quickie Divorces’ – which may imply there is an alternative to the normal court route.

Again, that is not the case. It is important to remember that the decision for any couple to divorce is just the start of what can be a lengthy process, which needs handling with compassion, care and detail.