Walking With The Wounded: supporting vulnerable veterans and a pathway to change 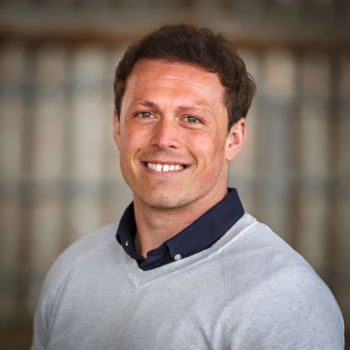 Veteran Tom Knight tells Wilkin Chapman about the work he does at Walking With The Wounded and the importance of raising awareness of transitionary struggles.

Tom Knight, Individual Placement and Support (IPS) advisor at Walking With The Wounded works alongside therapists at Pennine Care NHS Foundation to ensure veterans are provided with the support needed to enter civilian employment.

Over four years since making this transition himself, Tom believes he is “one of the lucky ones” having experienced a relatively smooth shift from military to civilian life. Working with up to twenty veterans at any one time, Tom covers the Lancashire and Greater Manchester region.

“The majority of service personnel are recruited from the North, and naturally when they leave or are medically discharged, they end up going home. We pick them up from there. As a veteran, it’s something that’s close to my heart and I really enjoy being a part of someone’s successful transition.”

Tom considers the challenges that veterans face and acknowledges the difficulty to prepare for the unexpected. He compares entering civilian life to going into the military without training, explaining that despite preparing as best as possible, there is an inevitable sense of uncertainty and unknown.

“There are still challenges out there because it is just so different. You know, there’s a really nice picture of what civvy street is like, but until you actually get out there and see what it’s like, that’s only when you really learn how to deal with it.”

“There’s a sense of belonging in the military, a support network around you. When that’s not there anymore, it can be hard to know where to turn to.”

He considers how this loss of unity can lead to mental health problems, behavioural changes, and criminal activity. This is when veterans are encouraged to get in contact with Walking With The Wounded, whether that’s those who have fallen into the Criminal Justice System, those who are at risk of homelessness, or those struggling with mental health but wanting to secure positive employment outcomes.

Tom identifies some of the common employment-related struggles, including getting a job, feeling estranged in the civilian workplace and struggling to engage with employers. He urges veterans who are feeling distant, socially isolated or unsure how to move forward not be afraid to reach out and make the first step.

“For every one person who says ‘you know, I’m actually struggling’ there are a million others who are scared to say it. Charities like Walking With The Wounded pride themselves on approachability, listening to what veterans want, considering what they need and positioning themselves best to support a positive future.”

“Military servicemen and women are still human and still face the challenges that anyone else would. Leaving the military has never been easy, but I think raising awareness is huge.”

In November 2018, Walking With The Wounded were named IPS Centre of Excellence for Veterans by the Centre for Mental Health for the Manchester hub, becoming the only veteran organisation globally to have achieved this standard of excellence.

If you are looking for veteran support, Walking With The Wounded’s dedicated team are here to help. For legal advice from our specialist military lawyers, email MilitaryEnquiries@wilkinchapman.co.uk outside of office hours or call our freephone number 0800 046 2567 on weekdays between 9am and 5pm.