The real impact of PTSD 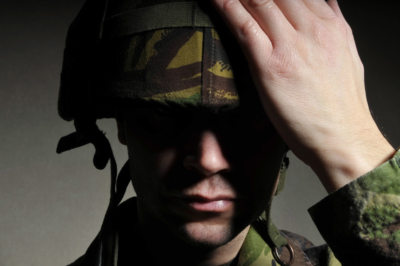 PTSD accounts for a significant number of claims within our military sector, therefore our specialist team look into the importance of understanding and overcoming PTSD.

PTSD often develops after stressful, frightening or distressing experiences, whether that’s immediately afterwards or years later. According to the NHS, the disorder is estimated to affect one in three people who experience a traumatic event.

Events triggering the disorder include (but are not limited to) natural disasters, terrorist attacks and road traffic accidents as well as traumatic births, abusive relationships and personal injury or assault. Military combat is also a major factor relating to the prevalence of PTSD.

A recent Guardian article indicates that PTSD rates have increased amongst military personnel, and are most common in soldiers and veterans who have experienced active combat. For those deployed to Iraq and Afghanistan in combat roles, the percentage of mental health disorders in soldiers reached a high of 30.7%.

During the time of a traumatic event, for example an explosion, the human mind concentrates on survival mode and cannot properly store the information; therefore those with PTSD may relive the trauma as a way of processing it, in the form of nightmares or flashbacks.

Reliving the trauma means reconnecting with all the sensory experiences at the time; when a memory is activated, for example by the sight of a firework or the sound of a helicopter, someone with PTSD may be exposed to an involuntarily replay which completely replaces their reality.

Flashbacks can be intense and dangerous, both to those suffering and the people around them. Unconsciously re-enacting a violent event can put loved ones at risk, and because of this, those with PTSD may avoid sleeping and develop insomnia.

As PTSD is an anxiety disorder, the main symptoms are closely related. Armed Forces’ members and veterans suffering from PTSD may become paranoid, easily overwhelmed, lose their temper frequently and experience panic attacks.

Many of these symptoms mean that those with PTSD become socially isolated, avoiding everyday tasks as well as relationships. Unfortunately, veterans experiencing post-combat PTSD are more likely to be abusive and cannot control the situations that make them angry; dependants should seek support in cases of domestic violence.

Those with PTSD may find themselves living with guilt, over a past action, inaction, or loss of someone close. Veterans can have trouble forgiving themselves, avoid sharing their feelings or become disinterested in the world around them, feeling like they don’t deserve to be happy and in some cases alive.

Alcohol and drug consumption sometimes become related issues and unhealthy forms of escaping memories and numbing pain, which may lead to severe depression and suicide. Every day, ex-forces personnel find effective recovery, by connecting with other veterans or receiving medical treatment.

The first but sometimes hardest step to recovery is recognising and accepting PTSD as a problem. Sufferers of PTSD need familial support, as well as professional help. A detailed assessment should be carried out by a doctor, who will then make a referral to a mental health specialist.

Treatment of PTSD involves psychological therapies initially, such as cognitive behavioural therapy (CBT), which aims to change thought patterns to better manage problems. A new treatment - eye movement desensitisation and reprocessing - may be offered too, which involves practising eye movement exercises whilst recalling a traumatic incident. Medication such as antidepressants may also be an option, depending on an individual’s symptoms.

Military charities and organisations such as Combat Stress offer significant mental health support that takes into account military culture, whilst similarly, website Make the Connection offers veteran stories of strength and resilience to connect to others with PTSD and encourage change.

If you have been affected by PTSD or a military injury, get in touch with our dedicated team of experts to see how we can help. Email MilitaryEnquiries@wilkinchapman.co.uk outside of office hours or call our freephone number 0800 046 2567 on weekdays between 9am and 5pm.