What steps have been taken to help make our roads safer? 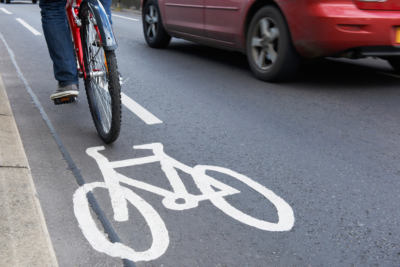 We speak to Richard Hall, Road Safety Team Manager at North Lincolnshire Council to find out about the important work done to improve our road safety locally.

Whilst our region’s rural roads provide picturesque landscapes, they are also some of the most dangerous in the country. “There’s been a substantial reduction in traffic-related injuries and the total number of collisions over the last 20 years” Richard comments, and this is likely due to the road safety work implemented every day, which falls into three categories of engineering, enforcement and education.

“Many of the improvements to the road network are made through targeting where and when causalities occur” he tells us. Carried out by local authorities, engineering involves ongoing maintenance of the roads such as resurfacing potholes, replacing signs and laying anti-skid surfaces, which all help to reduce collisions and prevent road traffic accident casualties.

Meanwhile enforcement is a police area closely involving Safer Roads Humber, an overarching partnership of local councils along with Humberside Fire & Rescue and Highways England. Enforcement includes areas such as speeding prevention, conducted through safety cameras, speed seminars and various other diversionary courses. “The cost to the client covers the cost of the course and any surplus is ploughed back into road work safety work, particularly education” says Richard.

Education is an area of work which also helps substantially with casualty reduction, targeted within the school system to educate children from an early age. Richard feels “it is imperative that children develop an understanding of the road environment – what is safe and unsafe practise on the roads – from a young age. Without this, poor attitude and bad habits are ingrained by the time they start driving.”

He also discusses the importance of educating parents, to give the right, consistent message to their children, considering that “they are the biggest influence on their child and what they teach as far as road behaviour is concerned, verbally or by example, may determine a child’s behaviour on the road.”

Richard’s team offer education work which runs through all four key stages, and into the further education system, to help children and young adults understand the road as it applies to their age. Covering key messages in KS1 from holding hands, wearing seatbelts and knowing safe places to cross, to implementing skills work in KS2 such as pedestrian skills and cycling training.

“The transition into secondary school is a big step for many children who all of a sudden have more freedom, often travelling further and sometimes on public transport so it’s important to look at the issues which affect them. At KS3 and KS4 we aim to deliver powerful passenger messages to children” such as how to be safe passengers and how to manage situations which make them feel uncomfortable.

Safer Roads Humber have been running the Share the Road campaign for the last couple of years, which is aimed at alerting drivers towards vulnerable road users, including pedestrians, cyclists, horse riders, motorcyclists and agricultural vehicles. Another campaign was the ‘Someone’s Son’ campaign which ran over the Yorkshire and Humberside area, a local equivalent to the Think! ‘Named Rider’ campaign.

The campaigns provoked consideration on the roads by highlighting how every road user is someone’s son, daughter, brother, sister, mother or father, personalising each individual road user. “They’re a human being and if they get injured there’s going to be impacts not only to that individual but to their whole family.”

Analytic systems allow Richard and his team to improve targeting of road user groups, age groups and social groups, and use the appropriate media to reach the most vulnerable people. Though there is limited budgeting and limited resources, the Road Safety Team at North Lincolnshire Council prioritise and target road safety work to reduce the number of casualties locally and improve our overall road safety.