Remembering our inspirational servicemen and women 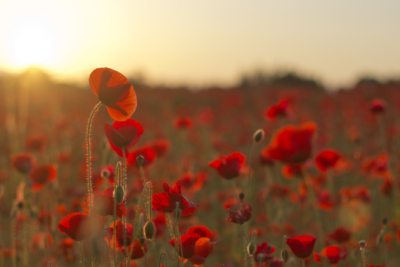 As the centenary draws near, we remember some of our nation’s most inspirational servicemen and women and their heroic acts during WW1.

Jack (as commonly known) gave up his job as a delivery boy and enlisted to the Royal Navy without permission. He was one of the youngest recipients of the Victoria Cross, remembered for gallantry at the Battle of Jutland. Jack, at the age of 16, served for just over a month when his ship came under intense fire. He was the sole survivor at his gun, and was found awaiting orders with steel shards in his chest. The ship was ordered to Immingham port where Jack was transferred to Grimsby General Hospital and sadly passed away before his mother arrived.

Edith, a Norfolk nurse, felt obliged to help the wounded during the outbreak of WW1. She moved to Brussels, Belgium which was invaded and occupied by German soldiers in 1914. She saved the lives of 200 allied soldiers, smuggling them from under her care at the hospital to the Holland border. Edith helped many soldiers escape to safety including non-allies, without discrimination of nationality. Arrested and sentenced to death, she was executed by a German firing squad. Edith’s death was used for propaganda posters and triggered global opinion on Germany.

An Olympic athlete from Liverpool, Noel became a medical doctor and Royal Army officer. He was one of just three to be awarded a double Victoria Cross. On the first day of the Battle of the Somme, Noel tended to major casualties into the night, collected tags from killed soldiers and carried a wounded man 500 metres to safety whilst being hit by shrapnel. During the Battle of Passchendaele, he set up a first-aid post which was shelled repeatedly. His skull fractured as a result and he received a severe stomach wound but continued to support the post and perform his duties until passing away two days later.

Freddie’s father was an army officer, killed when Freddie was just six years old. He joined the British Army in 1914 before transferring to the Royal Flying Corps in 1917. He was aged 22, and an Air Force captain when awarded the Victoria Cross. He came under attack from seven fighter aircrafts, and with a smashed radio transmitter and wounded leg, he manoeuvred his aircraft so his observer could shoot enemy machines and drive them away. To prevent bleeding, Freddie twisted his trouser leg into a bandage and made sure to land behind allied lines to report the enemy’s position. His left leg had five wounds and had to be amputated. 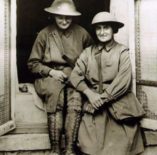 Mairi and Elizabeth were British nurses who made the decision to set up a first-aid post near the Belgian frontline at Pervyse. They believed that soldiers’ wounds could be treated more effectively closer to the frontline, putting their own safety at risk. They regularly worked under fire, from November 1914 through to 1918 when they were badly gassed and returned home. Both were awarded the British Military Medal for ongoing bravery.