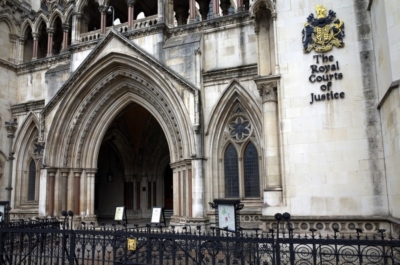 Workers who have paid up to £1,200 to take their employers to employment tribunals in Lincolnshire and the Humber will be entitled to a refund, following a landmark decision in the Supreme Court today.

Workers who have paid up to £1,200 to take their employers to employment tribunals in Lincolnshire and the Humber will be entitled to a refund, following a landmark decision in the Supreme Court today.

Regional legal experts, Wilkin Chapman solicitors have reacted to the ruling, made this morning (Wednesday) that quashes the need for workers to pay up to £1,200 to lodge an employment tribunal claim and proceed to a hearing. The fees were introduced in 2013 in a bid to stop speculative cases being lodged which had little or no chance of success. Since the introduction there has been a 70 percent reduction in claims across the country.

However the union, Unison has today won its appeal in the Supreme Court, which held that the Employment Tribunals and the Employment Appeal Tribunals Fees Order 2013 is unlawful and will be quashed.

In announcing the decision, Lord Reed emphasised how employment tribunal cases were important for society as a whole, not just the individuals involved and suggested that the fees charged were a barrier – preventing justice.

On hearing the news, Wilkin Chapman believe it is unlikely that the fees will be abolished entirely – but reduced substantially, following the issuing of Government consultation papers.

In the meantime there are question marks over how and when people will be refunded if they have brought claims between 2013 and now. And there is also an issue of those who thought they were entitled to bring a case but were prevented from doing so, due to the fees.

They also stress how there is a massive job to do be done in the rewriting of tribunal rules and the reprogramming of the online Claim Form system.

Partner and head of employment law at Wilkin Chapman solicitors, Teresa Thomas, said: “This is an extremely significant ruling which has far reaching implications both for those who have lodged claims in the last four years, but possibly more importantly, for those who were put off from doing so due to the cost.

“Following today’s decision, it is quite possible that there is an argument to extend the time frame for bringing a claim, and that really does have very large implications both for employees and the employers.”

Following today’s decision, justice minister Dominic Raab said the government would “take immediate steps” to stop charging for employment tribunals, as well as putting in place arrangements to refund those who have paid.

If you have been affected by this ruling, please do take legal advice on your next course of action. Contact the Wilkin Chapman employment law team.