PLANNING FOR THE FUTURE Part 2: The Government’s sweeping new proposals for property development 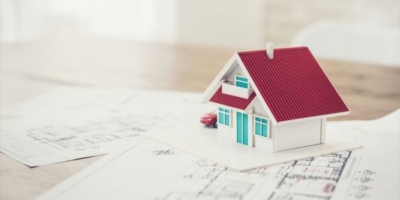 In the second of this special two-part blog, our Commercial Property Partner Andrew Harbourne looks at the final of the ‘three Pillars’, which is ‘Planning for infrastructure and connected places’.

In the first blog, which went online earlier this week, I examined two of the three ‘Pillars’, which form the Government’s much-discussed Planning For The Future consultation paper. To recap these were: ‘Planning for development’ and ‘Planning for beautiful and sustainable places’.

Here I will look at the final of the ‘three Pillars’, which is ‘Planning for infrastructure and connected places’, I also raise questions about a number of the proposed reforms.

Remember, you only have until October 29th to review and comment on the consultation at:

Planning For The Future: A proposed new Infrastructure Levy

In this bullet-point guide, I take you through what I consider to be some of the most relevant facts, figures and proposals, some of which may surprise you:

How will the proposals affect the development of affordable housing?

Other ways to spend IL

Under the proposals, up to 25% of IL will be allocated to Neighbourhood Share, as it can be with CIL, and this will be shared with Parish Councils. The Government hopes this will make local people more supportive of local developments on the basis that there are tangible benefits.

Subject to their core infrastructure obligations, and the Neighbourhood Share, local authorities will be able to spend IL receipts on whatever they like including, for example, reducing council tax. Part of the proceeds could go towards the cost of preparing Local Plans, design codes and guides and investing in IT for the planning department.

On that subject, the Government wants to see significant investment in PropTech by local planning authorities. Currently far too much of the planning system is document-based and a digital step-change should make planning more transparent and user-friendly.

Planning For The Future: some possible implications

No need for land banking? The Government hopes developers will not need to land-bank so much in the future because planning permission will be automatic for some development types in growth areas and likely, in appropriate circumstances, in renewal areas.

Planning appeals and judicial review: The Government believes that too many appeals succeed and in the future LPAs may have to repay planning fees if they lose on an appeal or are late in determining an application. The Government also hopes that simplifying Local Plans and the roles of LPAs should reduce the number of Judicial Review court cases.

Objecting to a development: This could be much harder in future, once a Local Plan is in place. A great deal of effort will have to be put in by the public and other interested parties during the preparation of a Local Plan to prevent unwanted developments. Once the Local Plan is in place there may be little that people can do to object to developments in growth areas and in renewal areas. Perhaps objectors will take a greater interest in other available means to resist development including, where relevant, legal action or threatened action based on potential breach of restrictive covenants, interference with rights of light or rights of way and disputes over mineral rights and boundaries.

Land values: The new system could mean so much land has planning permission or is almost certain to get it, that land values drop to levels where landowners refuse to sell.

Bad news for lawyers?! There is likely to be less work for lawyers if there are no or far fewer S106 Agreements to negotiate. Having said that, although IL is intended to provide affordable housing, if the proposals are brought in, much of the detailed arrangements for the provision of affordable housing may have to be the subject of agreements between LPAs, developers and Registered Providers. Those agreements could look pretty much like or actually be a S106 Agreement! There is also a question mark over whether we may see fewer land promotion agreements, option agreements and contracts conditional on planning permission - or might their remit be more limited in future?

Self-defeating provisions? The consultation says that sites should not be allocated in a Local Plan for development if the infrastructure to facilitate them cannot be provided within the LP period. That could be an issue for Councils with lots of low-value land in their area, which would produce little by way of IL to fund the infrastructure for important new development.

Infrastructure spending: There are a few potential issues here. For example, how can developers be sure that local authorities will build the necessary infrastructure at all or on time and if IL receipts are low or non-existent, will the highways department be less willing to adopt estate roads? Another issue may arise if developers disagree with a Council’s decision on how and when to spend IL receipts.

And finally: I ask you to consider your thoughts on Planning For The Future and its radical proposals. Are they just a developer’s charter or will they transform development in this country for the better? Make sure you have your say before it’s too late!

For advice on any matters within the development sector, Andrew can be contacted on 01522 515592 or email at andrew.harbourne@wilkinchapman.co.uk