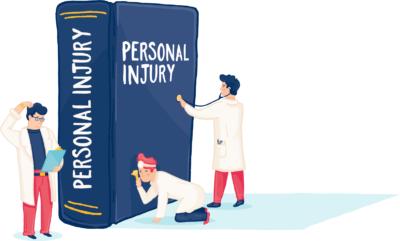 Our personal injury lawyer Steve Hennegan has recently advised an injured party that they had, unfortunately, brought their claim too late. He warns of the pitfalls of such delays

The year 2020 continues to be an extremely challenging one for many thousands of people, and for those who face redundancy those challenges are likely to be greater still.

As those affected go through the formal process, and it is happening to a growing number of people, it is natural that they will look at ways in which they can take action, which they believe they are entitled to do.

For example, they may have suffered an accident in their workplace some years earlier and held back from taking formal action immediately. Understandably they perhaps feared such action would jeopardise their employment or would make matters awkward at work. Unfortunately, though, if they are now trying to claim they may be disappointed as their delay could have cost them dearly. In short, they may be out of time!

To explain in more detail, let’s examine the law:

Here's an example of where section 14 may apply could be an industrial disease type incident. The person may have developed a disease or condition having been exposed to work conditions or substance at work many years before. It may only be in retirement that a medical condition, caused by exposure or negligence many years before, then worsens.

Steve comments: “There's a horrible and fatal condition called mesothelioma which is an asbestos-related cancer, caused in most cases by workers having worked in or around asbestos years before.”

As has been widely reported, the condition is caused by, or when, a person inhales asbestos fibres, which then lodge within the membrane that protects the lungs, called the pleura. These asbestos fibres can lie, undetected in the pleura’s cells over a long period of time before turning cancerous. Many years after the exposure the individual develops symptoms such as chest pain, a persistent cough, weight loss and in some cases clubbed or swollen fingertips.

It is only when a person seeks specialist medical advice, that the link to working in or around asbestos is made and it is that date, of the medical discovery, that is deemed as the first date of knowledge. This then provides a further three years to investigate and pursue a possible claim.

However, adds Steve: “Sadly, for many with this condition, they don’t have three years in which to do so, as once diagnosed it’s rarely cured, and treatment is urgently required to help control the symptoms or extend life for as long as possible.”

Steve has also noticed how there are people in the above position, or who may have developed noise-induced hearing loss from years ago, who do have their conditions eventually diagnosed – but still leave it more than three years before seeking to take legal action.

“Understandably they have focused on being treated either for their injuries or their condition, and only when it’s too late, have they turned their attention to bringing a claim. They are then advised they are statute barred, or out of time from bringing a claim.

“Whether it’s an accident at work, or you have been recently diagnosed with a condition caused by work conditions either years ago or recently, please, please don’t delay! Seek both legal and medical advice as soon as possible. Delay can sometimes not only compromise your recovery, but also impact upon legal investigations and the ability to bring a successful claim and recover compensation that you or maybe even your family deserve,” he warns.

If you think you may have a claim, please contact Steve Hennegan on 01472 253 948 or steven.hennegan@wilkinchapman.co.uk