Where to turn: military support, charities and contacts 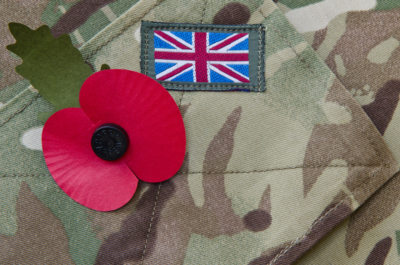 There are many helpful contacts which provide resources and support to our servicemen and women, and it may be hard to find the right one for you.

From specialist charities to the major players listed below, we appreciate all work done for the Armed Forces; a full list of charities can be found at Charity Choice.

The Soldiers', Sailors' and Airmen's Families Association (SSAFA) is the UK's oldest tri-service military charity, founded in 1885 and depended on by the government during WW1. With over 5,800 trained volunteers and hundreds of charity partnerships, such as The Military Wives Choirs Foundation, the SSAFA provides practical and emotional support for serving personnel, veterans and families.

For serving and ex-forces personnel in the UK and overseas, there are various forms of help. From a mentoring service for the wounded to an adoption service for often relocating military families, the SSAFA offer several types of specialist services and advice.

Arguably the most nationally recognised military charity, The Royal British Legion was formed in 1921, to care for those who had suffered during WW1 – from injured soldiers to war widows. From careers advice to dedicated care homes, the Royal British Legion provides support for every member of the Armed Forces community.

By the time of the Legion's formation, an annual two minute silence had been established. The poppy became a symbol of remembrance for the Royal British Legion, inspired by poem ‘In Flanders Fields’ on the poppies which grew through bombed landscapes. The first Poppy Appeal was held on November 11th 1921 and has continued global significance today.

Celebrating its ten year anniversary last year, Help for Heroes was established just over a decade ago to provide better facilities and lifetime support for the Armed Forces community. The charity was launched when founders, veteran Bryn Parry and his wife Emma, visited injured servicemen and women at Selly Oak Hospital in Birmingham.

The charity offers courses and recovery programmes from arts to sports, to help veterans rebuild their lives after service. H4H are proud supporters of the Invictus Games’ British team, selecting and training UK athletes. They have high-profile patrons such as the ABF the Soldiers' Charity and are currently working with Walking with the Wounded , who provide career transition guidance, on the Walking Home for Christmas campaign.

Veterans’ Gateway was launched in 2017 and is funded by The Armed Forces Covenant. Because there is a growing network of help within the military community, Veterans’ Gateway aim to be the first point of contact, and are a partnered team made up of a group of organisations and charities to cover a wide range of support.

The team includes the above military charities along with many more, such as Poppyscotland and Combat Stress. Veterans’ Gateways’ self-help service provides guidance from partners on a range of issues from employment, finances and housing, to independent living, mental wellbeing and physical health.

Here at Wilkin Chapman, we have a dedicated team of experts who deal with intricate and specialist legal issues that arise for many of our serving personnel and veterans. We are committed to offering legal support to the Armed Forces community and have given our pledge through the Armed Forces Covenant. We’re there for you because you’re there for us. Find us on Facebook or get in touch at MilitaryEnquiries@wilkinchapman.co.uk or freephone 0800 046 2567 (available during office hours).