It’s time to act if you want to retain loyal and valuable EU workers. 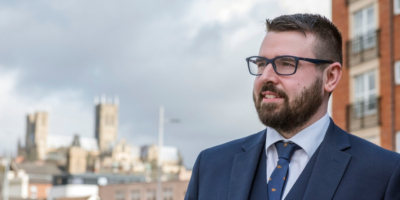 The release of the Government’s White Paper detailing the UK’s future skills-based immigration system should be a prompt for companies to examine ways to assist EU employees and their families to remain here, says a leading immigration solicitor.

The 168-page White Paper confirms agreement with the Migration Advisory Committee’s (MAC) report recommending the abolishment of free movement for EU citizens, moving to a position in which all migration is managed. There will no longer be preferential treatment for EU nationals and their family members.

As we know, the UK is set to leave the EU on March 19, 2019. There will be an Implementation Period, which is planned to run until December 31, 2020, during which the current rules will continue to apply. For the duration of the Implementation Period EU citizens will be able to enter and reside in the UK as before.

The White Paper outlines how, from 2021 short term migrant workers of all skill levels can come to the UK to work for up to a year – a move intended to protect parts of the economy reliant on overseas labour. However, there will be no right for their family members to join them in the UK, there will be a 12-month cooling off period before they can apply again and there will be no route to settlement.

Calum was keen to highlight the White Paper’s contents around how the EU Settlement Scheme will work with EU workers being able to achieve ‘Settled’ or ‘Pre-Settled’ status, meaning they can remain here in the longer term. He encouraged firms to look at ways they can assist with the process.

“Since the Brexit referendum businesses have become increasingly concerned about the future of their EU workforce. These concerns have understandably grown since the recommendation to the government by the MAC, which has resulted in this week’s White Paper,” he said.

“Once the EU national has been issued with Settled or Pre-Settled Status, their right to live and work in the UK will be secured,” explained Calum.

“Those who have acquired Pre-Settled Status will be granted Settled Status when they achieve five years’ residence in the UK and, in the future, they will be in a position to submit an application to naturalise as a British citizen, providing they meet a number of additional requirements,” he added.

Calum suggested that organisations should support EU workers with the online application process, which will be fully open from March of next year for new applications while allowing the transfer of existing migration documents free of charge.

“Organisations and businesses that rely on an EU workforce should be considering how best to retain their current workforce now. Given the Government’s intentions released in this White Paper, replacing them will likely become difficult and expensive when the new skills-based immigration system is introduced,” he added.