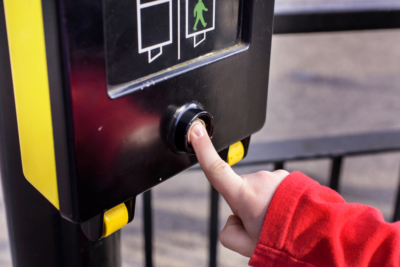 Ongoing technological advancements are a key factor to safer roads. The evolution of technology, from seatbelts to crumple zones to speed limiters, has meant that road safety is constantly improving.

Whilst human factors, such as speeding and drink driving, continue to account for a vast majority of road accident causes, emerging technologies like artificial intelligence are paving the way for the future of road safety. Below, our personal injury team have listed five significant steps improving our road safety.

Launched on the latest iOS update, Apple’s driving mode blocks phone notifications to discourage phone use whilst driving. Because internal distractions, such as phones, are becoming more and more prevalent in road casualty statistics, the brand has introduced the safety mode to alert drivers before using their phone. Though optional, the ‘do not disturb’ feature prevents interruptions and automatically replies to messages. In settings on both Apple and Android, there is also a preference to update your Medical ID in case of an emergency.

Mounted onto a vehicle’s dashboard, dash cameras are readily available in today’s market. As it is often the case that the most significant moments occur when phones are safely tucked away, the camera faithfully records each journey. In the unfortunate instance of a road accident or injury, the dash cam may be able to confirm responsibility. With continuing developments, the dash cam’s technology offers various configurations, such as multiple lenses for front and rear recording; it is likely this will be integrated in new vehicle models in the near future. These cameras are becoming more dominant in the two-wheeled community too, due to extra vulnerability on the road.

Telematics characterise a number of systems, but the most familiar is the black box – a device which can be fitted into a vehicle to monitor data such as speed and braking. The black box has taken off over the last few years, and whilst having one often reduces insurance quotes dramatically, it also encourages drivers to be more responsible and consider appropriate speeds, by recording their driving habits. As more companies adopt telematics, analysis and algorithms can be used to influence smart traffic control and better manage traffic flow and road safety.

Most current traffic light systems follow a specific cycle, using a fixed time delay to give way to traffic from different directions. However smart traffic control detects the presence of vehicles and uses this to determine who has right of way, so if there is no oncoming traffic, you won’t be held back by a red light – something you may notice when approaching temporary traffic lights. This management strategy has the potential to improve flow and in turn safety, particularly in cities, by discouraging congestion.

Though still under development, autonomous vehicles attempt to tackle the issue of human error, perhaps eliminating it altogether. Driverless cars are a controversial but popular topic, with some requiring human monitoring and others being fully automatic. Though there is a dilemma over self-drive systems and their inability to rectify mistakes or make moral decisions, the risk of system error is less likely to occur than a human factor and therefore could rewrite the future of driving.