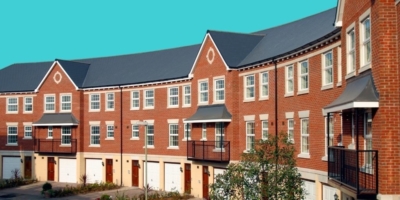 Here Andrew Harbourne highlights some of the most interesting points contained in the Government's planning gain report, which covers the financial year 2018-2019. There could be a change for developers just around the corner.

A fascinating snapshot of community development contributions from property development is revealed every few years when the Government publishes its report into ‘planning gain. Planning gain is of course, how communities and local authorities benefit from the S106 Agreement/obligations and the Community Infrastructure Levy (CIL). Here I have highlighted some of the most interesting points contained in the recent report, which covers the financial year 2018-2019. There could be a change for developers around the corner.

Those within the sector are already expecting change to the current regulations, if indeed the Government brings in its proposed and sweeping planning reforms. Details of these are contained in its consultation paper, ‘Planning for the Future’, which was published in August. It recommends replacing the S106 and CIL with a new Infrastructure Levy, which would be applied above a certain threshold and at rates set nationally. Watch this space, as I intend to review that in greater detail in the weeks ahead.

However, in the meantime, I would like to take this opportunity to share what I thought to be the most significant facts to come out of the report. There is certainly food for thought here.

The report certainly gives us much to digest and, as already stated, change could well be upon us soon. However, whatever that change brings with it, there must always be a balance struck between the freedom of a developer to run their business effectively, providing employment and new homes, and ‘giving back’ to the wider community. Sometimes that can be a difficult balance.

If you require further information, just ask Andrew Harbourne on 01522 515591 or email: andrew.harbourne@wilkinchapman.co.uk