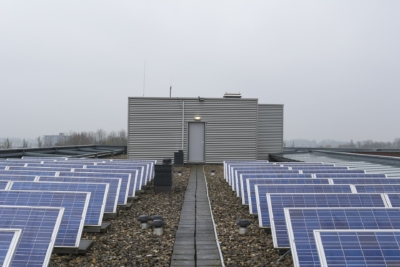 As green technology advances, so does the opportunity it affords the rural population of our county.

However, to capitalise on those opportunities, it is important that landowners are kept abreast of the developments in renewable energy and given the correct information in order that they can make an informed choice.

Take the battery storage of both renewable and conventionally-generated energy as an example. This is gaining real momentum, and with its increasing popularity comes a potential income stream for farmers in the Humber region, who may be looking to continue to diversify.

For those landowners who may be considering such a venture, there are options and they should certainly be explored – again, with a reminder, that the correct advice should be sought in order that the right path is taken.

For example, there is great potential for leasing land for such storage – which could offer a no-effort opportunity with a regular income.

But landowners should not rule out the possibility of ‘going it alone’ and housing their own battery storage facility on site. Such a facility can store energy generated by a landowner’s own solar panels or wind turbines. Or it can store energy generated by conventional methods, capturing it at times of low energy demand and releasing it back into the grid at peak times.

The ‘go it alone’ option could well be much more lucrative for landowners, who would be masters of their own energy destiny – enabling them to feed their own businesses in addition to putting excess power back into the grid, gaining valuable income from doing so.

Whichever way the landowner wishes to proceed, such advances in the way we are delivered power are certainly worth exploring as the nation looks for methods of fuelling the country’s energy demands in the future.

As Brexit looms large, farmers could be facing decreases in support in the medium term and it is more important than ever for the rural economy of Britain consider if diversification would help their businesses. The benefits that could be delivered from the energy sector could be a crucial part of this.