A Bankrupt’s committal to prison for contempt of court 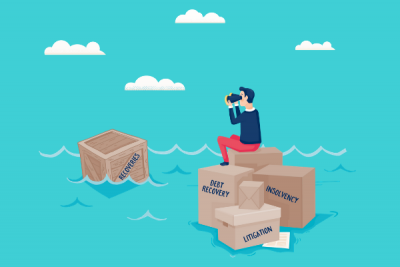 Partners Gary Taylor and Mat Dix have acted as Joint Trustees on a case that has resulted in a much-needed precedent for individuals who believe that they can ignore court orders based on misguided beliefs and incorrect information found online, without repercussions.

An application was made by the Joint Trustees for the Bankrupts committal for contempt of court and failure to comply with court orders.

The Bankrupt adopted what is known as a ‘freeman of the land’ kind of approach and believed that he was not bound by statutes passed in this jurisdiction or by orders of the court, and that he could ignore them because they were ‘void’

The application had previously been before Miles J and Zacaroli K before being heard by Mr Justice Morgan. The Bankrupt was not present at any of the hearings, but his family members did attend on his behalf and proffered numerous reasons for the Bankrupt’s non-compliance with court orders, including COVID and other medical issues. An issue was also raised with regards to the Bankrupt’s mental capacity.

At the sentencing hearing Mr Justice Morgan acknowledged that whilst the content of the Bankrupt’s communications was ‘arrant nonsense’, he was not the only person who had come out with such nonsense, and there plainly exists some kind of a website that puts forward this nonsense and indeed sells it to customers who are faced with court orders which they do not care for.

On the question of capacity, Mr Justice Morgan referred to a note in Civil Procedure (2020) and Sections 1 and 3 of the Mental Capacity Act 2005. The burden of showing that he lacks capacity is on the person who so asserts it. In this case, the Bankrupt himself did not assert that he lacked capacity, rather his niece and brother did so on his behalf and the medical evidence was not sufficient to support this.

The next question Mr Justice Morgan raised was whether he should deal with the application in the absence of the Bankrupt. Mr Titmuss, counsel for the Trustees, referred to the decision of Roth J in JSC BTA Bank v Stepanov [2010] EWCH 794 (Ch). Mr Justice Morgan also referred to one of his own decisions, Charity Commission for England and Wales v Wright [2019] EWHC 3375 (Ch) in which he derived nine matters from Sanchez v Oboz [2015] EWHC 235 (Fam) which a court needs to consider when deciding whether to sentence a Respondent in his absence.

Mr Justice Morgan identified the nine matters, applied them to the case and decided to proceed with the case at the hearing. On the overriding objective, it was held that the matter had taken up a

considerable amount of court time which was largely attributable to the way in which the Bankrupt had conducted himself.

Detailed evidence of Mr Lueshings breaches of the previously obtained injunction were presented to the Court and Mr Justice Morgan found that he had breached various elements of the injunctions and therefore found him to be in contempt of Court.

A bench warrant was issued for the Bankrupts arrest. He was brought before the Court the following morning and sentenced to ten months imprisonment.

Whilst this case is one of the extreme cases it must be seen as a deterrent to all those who consider that the laws of this jurisdiction do not apply to them.

Alternatively, you can find out more information here.